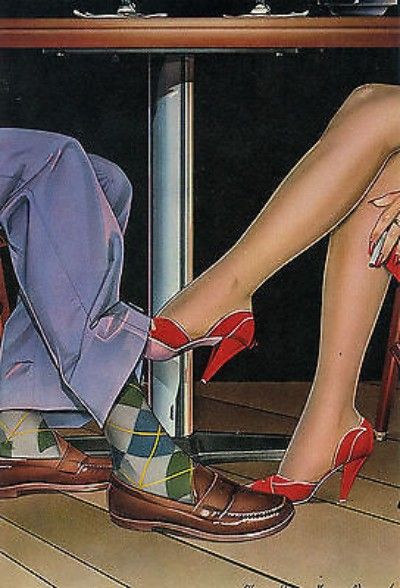 12 hours ago
“Is everything a joke to you?” “Only the things that matter” 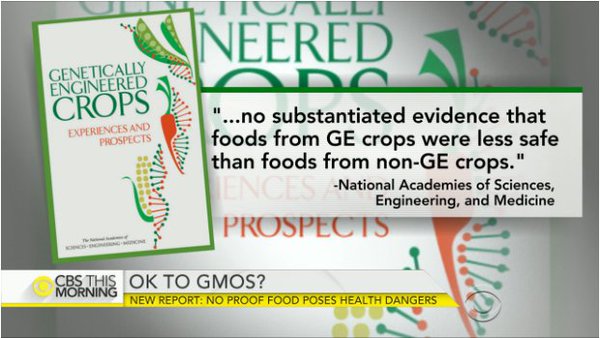 A long-awaited– hundreds of pages long GMO study— was published this week by the National Academy of Sciences.   People overly impressed with titles or grandiose institutions are easily intimidated, in the same way as walking into the Vatican– makes you feel too small to challenge it and blinded, losing principles and basic foundations of objective empirical reality.

But in science–unlike religion and politics,  titles and institutional gravitas aren’t scientific arguments.
A legitimate argument for scientists and critical thinkers is factual evidence, data.

If you can’t discuss the data, if you deny evidence- you are a denialist– exactly the crime National Academy of Sciences just perpetrated on science–through erasure, disappearance of inconvenient studies and inconvenient data. [1]

@davidgaliel Denial of ur science illiteracy, u mean?
You have to flunk *Arithmetic* to believe GMOs safe @specterm@kevinfolta @nytimes

In this study, the NAS, which reports to the US Congress, is basing  human healthconclusions on animal studies, most of which I am familiar with having read the literature on the subject for about five years.

Is it possible to read just one paragraph of a four hundred page study and draw a conclusion? Not usually.

Typically, I recommend you don’t  just read the headlines in the press, the title, don’t settle for the abstract. My usual  habit is reading the entire text, studying the tables and figures, introduction through the discussion section. Read studies from stem to stern– I normally do.

But in this case, I’ll show you why one paragraph was enough.

Go find some actual evidence or get out of my mentions. Theres nothing more annoying than tone trolling. https://twitter.com/JonathanSwayze/status/733295909304434689 …

@beachvetlbc Stick to actual facts and evidence. Stay away from ad hom and epithets – we’ll get along just fine and you won’t be called out

National Academy of Sciences: Sway Me

How to  hear the violins– long before it begins:  Published scientific literature

Why I didn’t need to and didn’t bother reading the rest. It wasn’t because I am not accustomed to researching hundreds of pages of scientific documents on the subject–I’ve read the Veterinary Committee Notes on the FDA website on genetically modified salmon-over 600 pages.

Rather, I learned enough in just one short paragraph to formulate the conclusion that over 400 pages of this document will be using more words than necessary to say far less than is needed about GMO impacts on animal and human health for  such an elite, prestigious institution.

I discovered blatant distortion and lies. 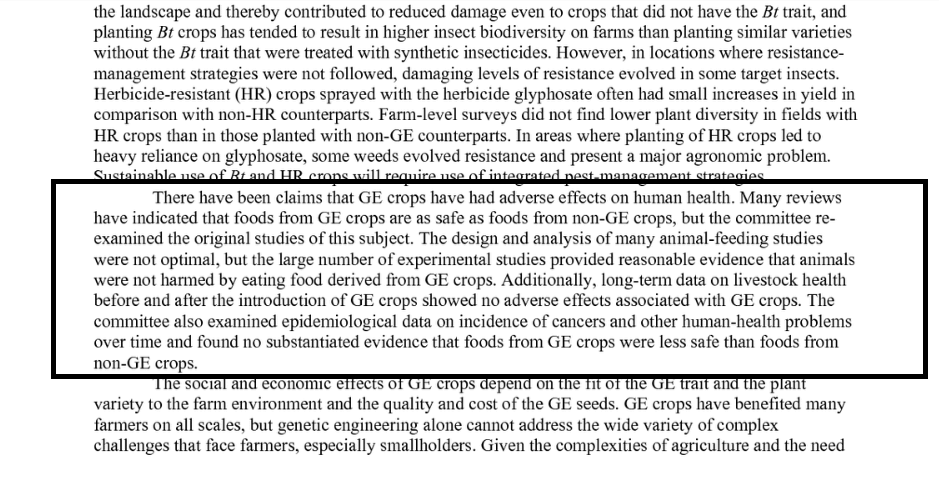 “Additionally, long-term data on livestock health before and after the introduction of GE crops showed no adverse effects associated with GE crops.”

So, let’s Review the Evidence
Prevalence and impacts of genetically engineered feedstuffs on livestock populations.

If you want to hear the cacophony of what I  heard, click on the violins above for my interpretation. Separating the chaff of biased opinion from kernels of evidence– the actual  livestock data– will leave you with one table encompassing the entirety of it. It is here. <=This represents the “long term data” on 95% of the livestock — the evidence used by the National Academy of Sciences to support the claim of long-term absence of harm to animals.

How do I know this?

Here it is  -listing medical findings:  prevalence rates of various diseases and histopathology in livestock one must have to analyze livestock health.

There was no health related useful data before 1995 when GMOs were introduced.

The FSIS did not collect samples covering the period before GMO introduction or since.


Thus,  this sentence:  “Additionally, long-term data on livestock health before and after the introduction of GE crops showed no adverse effects associated with GE crops”
even if livestock data could be extrapolated to other animals who aren’t  livestock-pets, or humans-
can not be backed up by evidence-  it is a blatant lie.

If you click the violin link, you might  also notice a pattern–
hyping and spinning a study, fabricating a fictitious consensus to convince the
skeptical public that GMOs are safe for animals and humans to eat.
This campaign has been repeating in the Twittersphere the past few days.

But the integrity of the prestigious institution of science established by President Lincoln is as fragile as anyone else’s.  Once a reputation is smashed, it’s very hard to put the smithereens back again. And I already had the surreal experience once debating GMOs with a highly esteemed representative of NAS, who was beyond clueless here.

I assume that the NAS isn’t a religious enterprise.  So, National Academy of Science supporters, if you want to tango on the science floor with me– sway me!  Please post links to contradictory scientific evidence–data on livestock to support that bold claim.  Once you have done that, I will explain why the rest of the paragraph I highlighted is meaningless drivel, why it challenges common sense evaporating all the presumed elementary principles and norms in science.

Surely the NAS doesn’t want to be remembered as an incompetent bunch of science illiterate jokers.

Footnotes:
[1] Please add 400 rats together in all the tables in the standard rodent test conducted on the most prevalent GMO’s in the food supply. HERE The Monsanto study that Van EEEnnnneeeennnnamaaam who is not an animal medical expert, nor has the integrity, competence or ethics to ever be completely erased!

[2] Since GMO Gremlins hacked the link to say “this blog post doesn’t exist”- here is another link to help you do GMO Arithmetic.